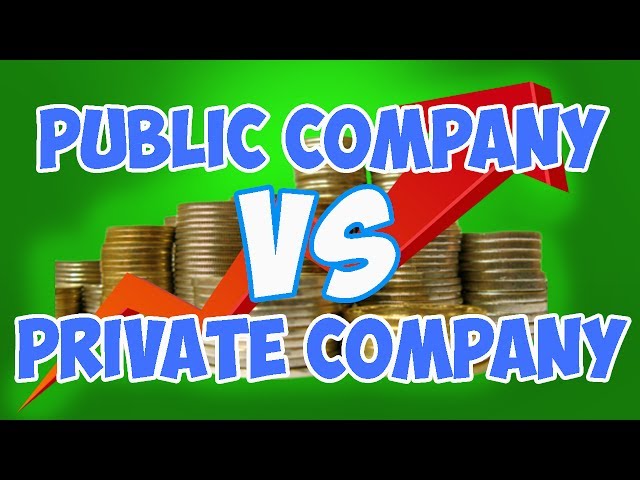 What Are Private Companies?

What is a private company?

A private company is a business entity that is not publicly traded on a stock exchange. A private company can be either closely held or closely held with restrictions on transfer. A closely held company is one where the majority of shares are owned by a small group of people, often family members or business partners. A company with restrictions on transfer means that shareholders have agreed to limit the ways in which they can sell their shares.

There are many reasons why a business might choose to stay private, such as wanting to avoid the regulatory and reporting requirements that come with being a public company. Private companies also tend to be more nimble and can make decisions without having to answer to shareholders. Some businesses may eventually choose to go public in order to raise capital, but others prefer to stay private in order to maintain control over the company.

The benefits of being a private company.

When a company is privates, it means that it is not owned by the public. There are a few benefits of being a private company. The first benefit is that the company does not have to comply with as many regulations as a public company. This means that the company can choose to disclose less information, which can be helpful if the company is trying to keep certain information private. Additionally, private companies do not have to worry about their stock price fluctuating. This can be helpful because it allows the company to focus on long-term goals rather than short-term goals. Finally, private Companies can choose to raise capital in different ways than public companies For example, private companies can choose to sell equity instead of issuing debt.

The disadvantages of being a private company.

The different types of private companies.

There are several different types of private companies, each with their own unique characteristics. The most common type is the closely held private company. These are businesses that are owned by a small number of individuals, often just a few family members or close friends. These companies are not listed on any stock exchange and do not sell shares to the public. Another type of private company is the privately held company. These businesses are also not listed on a stock exchange, but they may sell shares to investors through a private placement. These companies are typically larger than closely held private companies and have a more diverse group of owners.

Finally, there is the publicly traded company. These businesses are listed on a major stock exchange, such as the New York Stock Exchange or the Nasdaq, and sell shares to investors through an initial public offering (IPO). Publicly traded companies must adhere to strict SEC regulations and disclose their financial information to the public on a regular basis.

How to become a private company.

-have no more than 50 non-employee shareholders, and cannot invite the public to subscribe for shares; and
-have its shares held as “restricted securities” within the meaning of section 761A of the Act.

The process of going public.

There are a couple different ways that companies can be publicly traded. The process of going public for a company is also different depending on the country in which the company is based. In the United States, there are two different types of public companies: private and public.

A private company is a Corporation that is not traded on any stock exchange. A private company can still offer equity to investors, but they are not required to do so. Private companies are not subject to the same disclosure requirements as public companies, so they can be more difficult for investors to value.

A public company is a corporation that has sold shares to the public through an initial public offering (IPO). Public companies must disclose their financial information to the SEC (Securities and Exchange Commission) on a regular basis. This information is available to the public through filings such as the 10-K and 10-Q. Public companies are also required to have their financial statements audited by an independent accounting firm.

The benefits of going public.

Most people are familiar with publicly traded companies, but not everyone knows that there is such a thing as a private company. Private companies are businesses that are not required to disclose their financial information to the public. This can be a benefit for companies that want to keep their inner workings confidential, but it also has some drawbacks.

One of the benefits of being a private company is that you have more control over your business. You don’t have to answer to shareholders or the public, so you can make decisions that you think are in the best interest of the company, without having to worry about how it will affect your stock price.

Another benefit is that you can avoid a lot of the red tape that comes with being a public company. For example, you don’t have to file quarterly reports or hold annual shareholder meetings. This can save you time and money.

The downside of being a private company is that it can be difficult to raise money. If you want to expand your business or take on more risk, you may have trouble finding investors who are willing to give you the capital you need. Additionally, private companies often have a harder time attracting top talent, because employees may be attracted to the prestige and potential for IPO riches that come with working for a public company.

If you’re thinking about starting a business, you should weigh the pros and cons of going public or remaining private. It’s important to understand the benefits and drawbacks of each option before making a decision.

The disadvantages of going public.

There are a number of disadvantages to going public, including the loss of control, compliance costs, and dilution.

When a company goes public, it loses some degree of control. While the founders and early investors may still own a large percentage of the company, they now answer to a board of directors and shareholders. Public companies are also required to disclose a lot more information about their finances, operations, and governance than private companies.

The Sarbanes-Oxley Act of 2002 imposes strict financial reporting requirements on public companies in an effort to prevent another Enron-style accounting scandal. These requirements can be expensive to comply with, and many small businesses find that they can’t afford to go public.

Finally, going public results in some dilution of ownership. When a company sells shares to the public, the founders’ and early investors’ ownership stake is reduced. This can be frustrating for those who have worked so hard to build the business.

The different types of public companies.

Listed public companies have their shares (pieces of ownership) bought and sold on registered exchanges, such as the New York Stock Exchange (NYSE) or Nasdaq. In order to list, these companies must meet certain standards set by the exchange, including minimum numbers of shareholders and levels of earnings.

Companies that are not listed on an exchange are still public companies, but their shares trade in what is called the “over-the-counter” (OTC) market. The OTC market is made up of broker-dealers who buy and sell stocks in unlisted companies among themselves. These stocks are often referred to as “penny stocks” because they tend to be less expensive than those traded on exchanges.

How to choose the right type of company for you.

Private companies are businesses that are not open to the public. They’re typically owned by a small group of people, and there’s usually no trading of shares on a stock exchange.

There are several reasons you might want to start or invest in a private company. They can be less expensive to start than public companies, and they’re often more nimble and able to change course quickly. Private companies can also be easier to control, since there’s no need to answer to shareholders.

However, there are some drawbacks to private companies as well. They tend to be less transparent than public companies, so it can be harder to know what’s going on inside them. And since they’re not traded on an exchange, it can be difficult for investors to sell their shares.

If you’re thinking about starting or investing in a private company, it’s important to choose the right type of company for your needs. Here are some of the most common types of private companies: