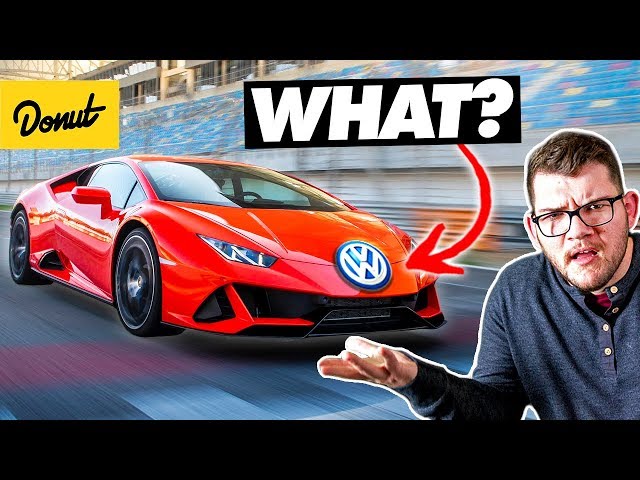 What Car Companies Own Who?

Many people don’t realize that some of the biggest car companies in the world are actually owned by other companies For example, did you know that Volkswagen owns Porsche?

In this blog post, we’ll take a look at some of the most surprising car company ownership changes in recent years. We’ll also explore what this might mean for the future of the automotive industry.

General Motors, or GM, is an American multinational Corporation headquartered in Detroit, Michigan. It designs, manufactures, markets, and distributes vehicles and vehicle parts worldwide. The company was founded in 1908 by William C. Durant and Charles W. Nash. GM acquired the assets of the formerly independent conglomerate holding company General Motors Corporation (formerly known as GMC) on July 10, 2009. As of 2016, GM employs over 212,000 people in over 155 countries across the globe.

GM’s core automotive brands are Chevrolet, Buick, Cadillac, and GMC. Its luxury vehicles include the Opel and Vauxhall brands in Europe; Holden in Australia; Buick and Cadillac in China; and Holden in South Africa. In addition to these core brands, GM also has a minority stake in Isuzu, SAIC Motor Corporation Limited (which also manufactures vehicles under the Buick marque in China), and Suzuki.

Ford is an American multinational automaker headquartered in Dearborn, Michigan, a suburb of Detroit. It was founded by Henry Ford and incorporated on June 16, 1903. The company sells automobiles and commercial vehicles under the Ford brand and most luxury cars under the Lincoln brand. Ford also owns Brazilian SUV manufacturer Troller, an 8% stake in Aston Martin of the United Kingdom, and a 49% stake in Jiangling Motors of China. It also has joint-ventures in China, Taiwan, Thailand, Turkey, and Russia. The company is listed on the New York Stock Exchange and is controlled by the Ford family; they have minority ownership but the majority of the voting power within the corporation.

Tesla Motors is an American automaker, energy storage company, and solar panel manufacturer founded in 2003. The company’s name is a tribute to physicist Nikola Tesla. Tesla Motors produces electric cars and is headquartered in Palo Alto, California. As of 2016, Tesla sells the Model S sedan, the Model X SUV, and the Model 3 sedan.

Ducati is owned by Volkswagen Group through its subsidiary Lamborghini

BMW (Bayerische Motoren Werke AG) is a German multinational corporation which produces luxury vehicles and motorcycles. The company was founded in 1916 as a manufacturer of aircraft engines, which it produced from 1917 until 1918 and again from 1933 to 1945. In 2015, BMW was the world’s twelfth-largest producer of motor vehicles, with 2,279,503 vehicles produced. The company has significant motorsport history, especially in touring cars, Formula 1, sports cars and the Isle of Man TT. BMW is headquartered in Munich and produces motor vehicles in Germany, Brazil, China, India, South Africa, the United Kingdom, the United States and Mexico. The Quandt family is a long-term shareholder of the company (with the remaining shares owned by public float), following brothers Herbert and Harald Quandt’s investments in 1959 which saved the company from bankruptcy.

Honda is a Japanese multinational corporation. It was founded in 1948 and has grown to become one of the largest car companies in the world.

Since 1959, Honda has been providing cars for the US market. Day Honda offers a wide range of vehicles, from small hatchbacks to large SUVs.

Toyota is a Japanese multinational corporation headquartered inside Toyota City, Aichi, Japan. The business was founded by Kiichiro Toyoda in 1937, as a spinoff from his father’s company Toyota Industries to create automobiles. Three years earlier, in 1934, while still a department of Toyota Industries, it created its first product Type A engine, and in 1936 its first passenger car the Toyota AA. Toyota also owns Lexus and Daihatsu.